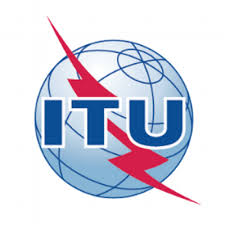 Earlier this month, the United Nations’ ITU Plenipotentiary Conference concluded in South Korea. The meeting lasted for nearly three weeks and covered a multitude of global topics, which were specifically designed to give the Member States an opportunity to determine the path for the group relating to information and communication technologies. For the Internet infrastructure industry, the meeting was especially important.

Prior to the election, the i2Coalition and our allies have expressed ongoing concern about the potential direction of the ITU. We have long championed support for a multistakeholder process in determining rules and regulations in the Internet governance process. In a favorable outcome, our concerns were assuaged with the progress made at the conference.

Fortunately, the new team has eschewed support for the issues particularly problematic and contrary to the i2Coalition’s positions. This is a very good step forward and shows progress that our continued message is being heard by international leaders.

The new leaders have indicated support for the multistakeholder process of Internet governance. As stakeholders in this process, maintaining equal footing in the new developments at the meeting is a solid, positive path for future advancements. It’s is reassuring that the new leadership is supporting the process in place that is working and not pushing unnecessarily for changes.

While it is important for governments to have a role in the Internet governance process, it should be equal to the one maintained by everyone else. Kudos to the new leadership for its current direction and thank you for embracing a multistakeholder process. Congratulations on your elections and we look forward to working with you in your ongoing commitment to the multistakeholder model of Internet governance.

Sorry, but you do not have permission to view this content.

The i2Coalition’s Insights and Innovation Committee’s is hosting a “Members-Only Workshop on Abuse Reporting — A Discussion with Member Experts” on November 1st at 14:00 UTC/10:00 AM Eastern Time. This session will feature frank and open discussion from within our membership on what work is being done and how our industry can engage with that […]

Download Letter (PDF) In a letter to the ICANN Board, i2Coalition Executive Director Christian Dawson explained how a new European Commission report on DNS abuse defines it in overly broad terms – specifically that it includes content issues. This would negatively impact the existing systems in place that involve ICANN, Internet infrastructure companies, or other actors […]