The following is a guest post from Webspace Enterprises about joining the i2Coalition. 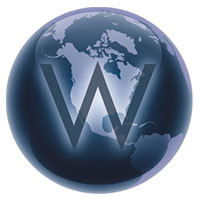 Webspace Enterprises, Inc., founded in 2000, focuses on providing its clients with totally customized E-commerce solutions that capture their unique value proposition and integrate with vendors and back-end systems. E-commerce has contributed to the explosive growth and sustained profitability of a staggering number of companies, including Webspace Enterprises. The growth of the Internet has promoted innovation and openness and has been the infrastructure upon which E-commerce has become a major economic driver.

The value of the Internet, coming largely from the blinding speed with which new ideas can propagate unencumbered, is under increasing threat as established industries seek new and creative ways to constrain the potential of the Internet, law enforcement tries to make the Internet a tool to serve its own specific needs, lawmakers naively craft legislation to serve special interests, and governments subvert the underlying technologies powering the Internet. The continued pace of growth that we are seeing cannot continue if these threats are left unchallenged. The Internet Infrastructure Coalition has grown as an organization to address those threats.

Matthew Hellinger, CEO of Webspace Enterprises, recalls discussing idealistic objectives with Christian Dawson before Dawson went on to co-found the Internet Infrastructure Coalition a short time later. In the years since, the mission and objectives of the Coalition and its members have remained unchanged: to maintain the integrity of the Internet and the viability of the very industry responsible for supporting it.

Webspace Enterprises, Inc. is proud to be one of the growing number of notable businesses promoting the Internet Infrastructure Coalition and its important mission of ensuring that the foundations of the Internet remain strong.

i2Coalition member ServerHub is a global Infrastructure-as-a-Service (IaaS) provider that specializes in dedicated server provision and cloud-based virtualization.  We connected with ServerHub Business and Sales Director John Brancela to discuss data center dynamics, the growth of the cloud, and the power of love. i2Coalition: Can you give us the elevator pitch for ServerHub? John Brancela: […]

it.com offers affordable access within the .COM namespace through its third-level zone, .it.com. For example, if YOURNAME.COM is unavailable, you can register YOURNAME.IT.COM instead—setting up your or your company’s home on the Internet and making it searchable like any other website. IT.COM is a member of the i2Coalition, taking part in the Domain Name Association […]

Recorded Future provides actionable intelligence to its growing roster of clients, serving as a force multiplier for those battling online adversaries. Recorded Future provides front-line cybersecurity teams with the intelligence they need to fight the good fight, while empowering the C-suite with the insights to tackle tomorrow’s security challenges.